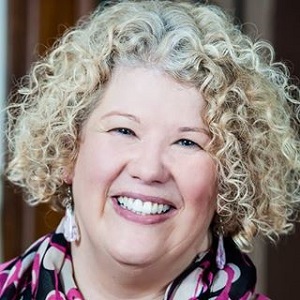 Hello brothers and sisters of CUPE 932,

My name is Melanie Cummings and I am hoping you’ll elect me as one of the vice-presidents on our executive. I have experience in union advocacy from my previous workplaces and vow to work as steadfastly on your behalf at CUPE 932.

I’ve been working at Hamilton Public Library for three years. I started — and am currently working — as a Communications Officer. In my time at HPL I have also worked as an Information Clerk, for six months, at the Red Hill and Terryberry branches. So, I would bring a dual perspective to the VP role.

Back in my days as a reporter, I helped certify a union at the local Brabant Newspaper chain. We became part of the Southern Ontario Newspaper Guild. I was also on the union’s bargaining unit successfully negotiating our first contract, which among other feats, managed to put wages of female employees on par with the males. Prior to unionizing, women typically made significantly less than the men who did the same job. I was proud to help put an end that archaic thinking.

During my time as a copyeditor at Postmedia, I worked diligently in very difficult circumstances to certify a union at the large, crowded Hamilton office. While we couldn’t convince enough coworkers to sign membership cards before I left in November 2016, I was proud of achieving important improvements.  During my nine years there, myself and a small but brave cadre of union-minded souls convinced management to correct unfair scheduling, create new job-sharing opportunities and enhance health and safety workplace conditions.

On a personal note, I have been a lifelong volunteer in our community contributing time to Neighbour to Neighbour Centre, GritLIT, Victim Services, Cancer Assistance Program, the Women’s Centre and other notable non-profits. I care and aim to help where it’s needed. I am also a really good listener, a skill that is undervalued but oh so important.

This is all to say that I’m a big believer in the power unions have to improve the lives of employees of HPL, and level the playing field for all workers.

There are no upcoming events at this time.